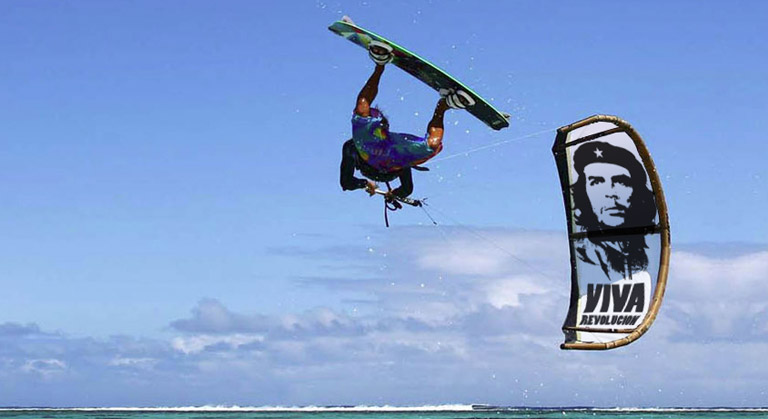 Kitesurfing has slowly been magnetizing cultures the world over, one beach town at a time. Today we see beaches around the world transformed by our rapidly growing sport.

Kitesurfing culture has embedded its roots in all corners of the world – across 6 continents, 5 oceans, more than a few deserts and even a frozen sea.

Wherever there is a body of water, land or snow, or an oasis with wind, kite boarders are harnessing the elements and pushing the limits of the seemingly impossible, lifting the sport to its current zenith. We have seen daredevils kitesurf the Atlantic from the Canaries to the Caribbean and even kite their way to the North Pole. Did Christopher Columbus or Santa Claus ever imagine they would see this? I think not! 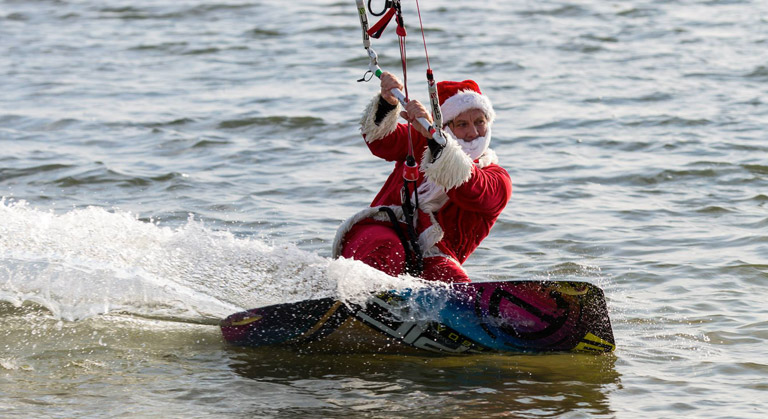 The world has been inspired by the no fear attitude of kitesurfers spectacularly jumping over piers, off 120 meter cranes, cliffs and 800 meter mountain tops, testing the limits of what a rider attached to a high performance kite can do. Bear in mind that a kite is not a canopy like a parachute or and paraglider, used to control a fall from the heavens to the earth, a kite is just that, a kite, intended to fly, not to fall. At these great heights one simple error with the control bar would put the kiter attempting these death defying feats in mortal peril. And there is no backup canopy if things go wrong.

At the grass roots the culture of kitesurfing has embraced its own unique identity, values and cultural affirmations. Perhaps the easygoing values of kitesurfers are related to the sport’s intimate connection with nature – if the wind, weather and location don’t come together on any given day the kiter just has to kick back and soak up the local atmosphere. Perhaps it’s partly to do with the unusual requirement to release the bar, to let things go and surrender to nature when you feel trouble coming, rather than trying to keep control at all costs.

Cultures around the world are being dazzled by these colourful fanatics of the wind, their aerial acrobatics and death defying stunts, and by their unique and interesting stories. Likewise kitesurfers,  adventuring to all corners of the globe with their goodie bag of kite & board looking for the next wind and wave, have been given a rich and open minded welcome into the communities, cultures and even homes of the people they have met on the way. Accepting and embracing these invitations is a natural part of the open and adventurous kiter’s nature.

This mutual acceptance has changed everyone involved. Kiters share their open minded mentality and sporting fascination with the locals while embracing the unique hospitality, experiences and generational stories that are shared in return, making acceptance and understanding a natural part of the story of the global kiter. Skills and experiences are shared, and everyone enjoys and benefits of the exchange.

Perhaps it’s fair to say the impact of kitesurfing culture at the North Pole would be limited by its permanent population of, well, nobody. But over the past 15 years, as I’ve kited my way around the world and introduced thousands of people to our sport, its effect has been clear to see in major kitesurfing destinations like Tarifa, Brazil, Hawaii, Cape Town, Perth, the Philippines, Sri Lanka, Cabarete, Perth and Aruba, to name but a few. These places have been besieged and changed in part or whole by this fierce but friendly storm of colourful kiters, adventure seekers and wild party animals!

Could we possibly be brave enough to this call this a revolution?

What is a revolution? 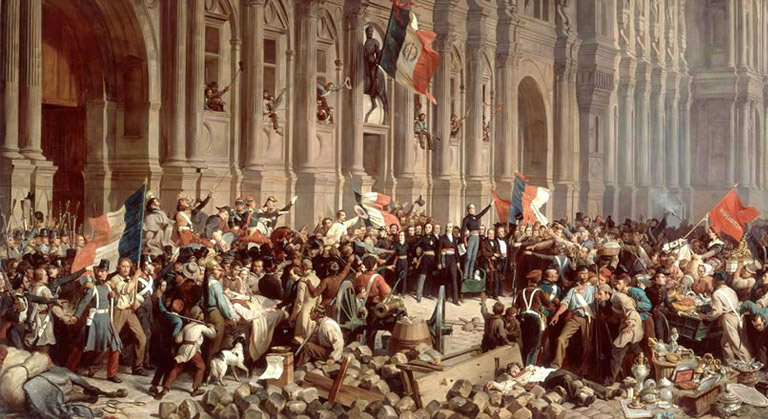 The Merriam-Websters definition of a Revolution is:
1) the usually violent attempt by many people to end the rule of one government and start a new one
2) a sudden, extreme, or complete change in the way people live, work, etc.

So OK, perhaps the former might not be such an accurate indication of any kiter’s true and inherent intentions. But I’d argue that the second is. And if, to help bring about the second, a kiter just happens to take a non-violent yet conscious attempt to the end the rule of fear, is that so bad? 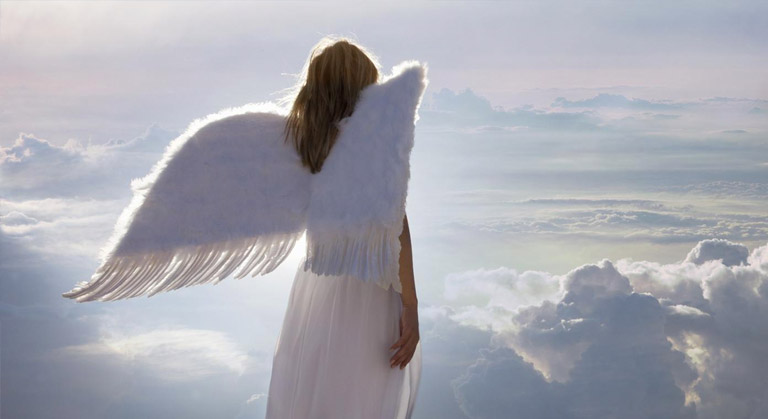 It’s natural that a fear based society will view with suspicion any movement consciously based on the rejection of fear, which is perhaps evidenced by the surprising number of restrictions that kitesurfing is subject to in many places when compared to other watersports.

Rejecting the rule of fear is an act of freedom, and it can certainly be argued that many individual acts of freedom combine to become a revolution. And, if these many acts stem from the influence of kitesurfing and kitesurfers, then could we consider it to be a kitesurfing revolution? 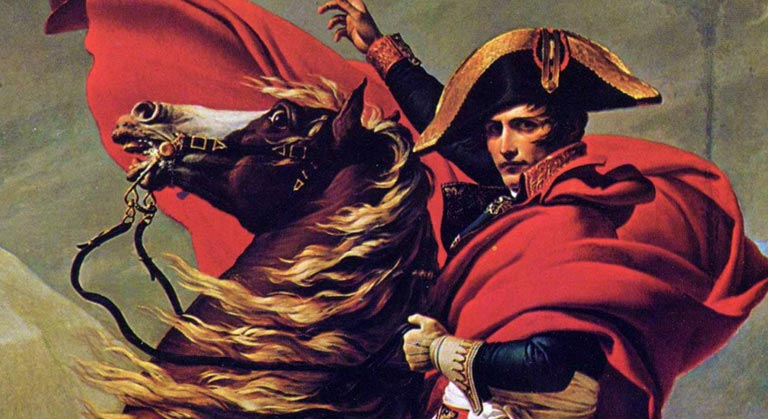 Kitesurfers have made permanent and temporary homes in many places and cultures, changing and being changed by the people they come into contact with. This cultural symbiosis coupled with the rejection of the rule of fear is a symbolic reflection of a very conscious sport of which no part is intrinsically normal – flying around on a human size kites and jumping to spectacular heights while performing crazy and dangerous tricks is not really normal. In most places. Yet. 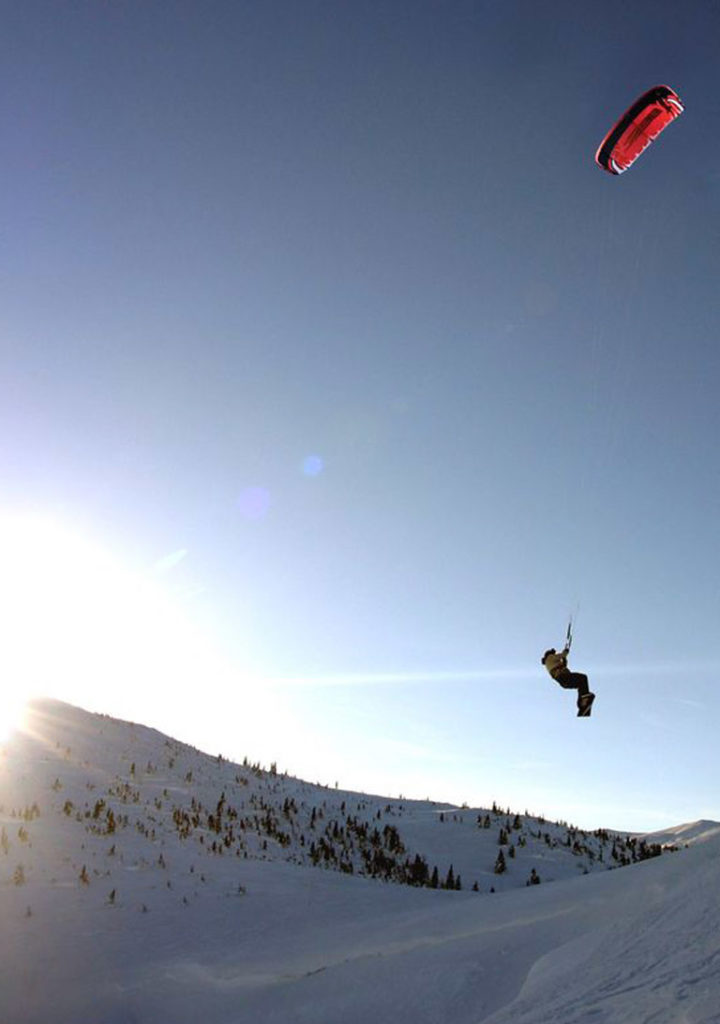 But kiters never claimed to be normal, we are adrenaline fanatics, kitesurfing is an extreme sport with an extreme lifestyle and culture, but we build kites not bombs, we learn to live alongside many peoples and seek our freedom without restricting the freedoms of others. I’m pretty sure nobody’s ever heard of a kitesurfing terrorist, but a kitesurfing revolutionary? Maybe.

Our lives are changed for the better by the places and people we meet on our travels, and in turn we change the places we visit.

Different cultures and ethnicities the world over have, in part or more fully, embraced the kitesurfing revolution in their own back yards. I would argue that this is symbolic of the respectful and down to earth ideals that grass roots kitesurfers generally travel with.

Kiters the world over live for their passion and submit to the elements that we are governed by, not to schedules, rules or government. Thus, consciously or unconsciously, we seek to embrace the natural forces, and that has led many a kiter in his or her primal quest towards freedom of expression.

The kiter’s conscious freedom of expression contains a veracity that has slowly begun to merge and merge with cultures the world over.  As kitesurfers and cultures collide, new fascinations and possibilities arise. An intimate bond has already been forged and the seeds of many individual micro-revolutions have begun to sprout.

We’re seeing a conscious, naturally uninhibited revolution, bound and unbound by its cultural identity, one that is as unique as kitesurfing and as distinct as the cultures kitesurfers encounter. It is organically evolving to be. It is neither seeking approval nor based on any existing social norm, but rather embracing many worlds within one and one within many.

All this said, kitesurfing culture is still in its infancy, so I ask again, can we reach out to say a revolution is occurring in the here and now, within a few short years of kitesurfing’s birth? Based on my personal experience, I think we can.

The baby boomer generation rode the figurative and literal wave into what was to become The California Dream, the surfing revolution. A generation of open minded, VW driving, pot smoking, free loving people who lived to surf, for the lifestyle – they were cultural revolutionaries and opened the minds of the mainstream to an alternative way of life. 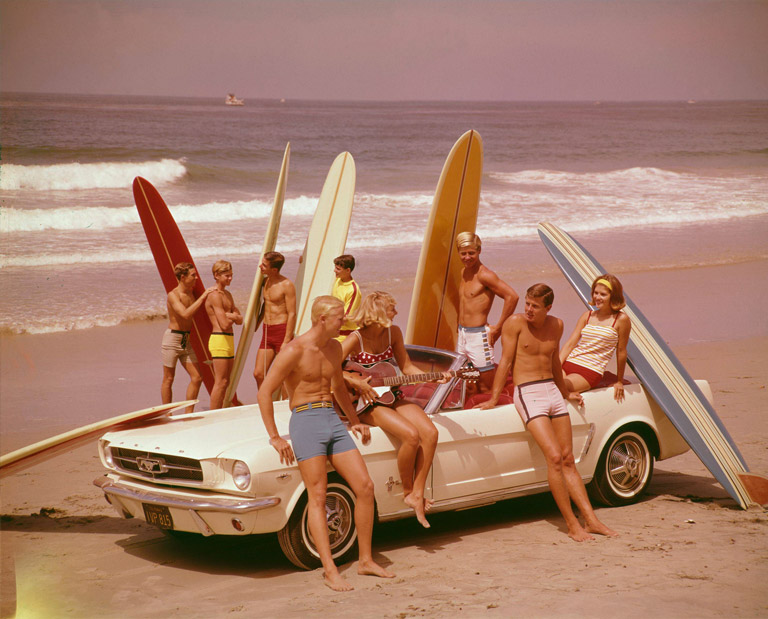 Perhaps not every Kitesurfer drives a VW van (although many do), and whether they smoke pot or not is a choice that is entirely his/her own. Certainly kiters are a vast and varied fleet of individuals, as unique as the many kitesurfing destinations in the world.  But they are all part of a culture that surfs on its own ebb and flow, one that has its own identity as it rides the figurative and literal wave into a new era, a world apart from the current norm, yet open to and capable of blending with the existing social organisms. 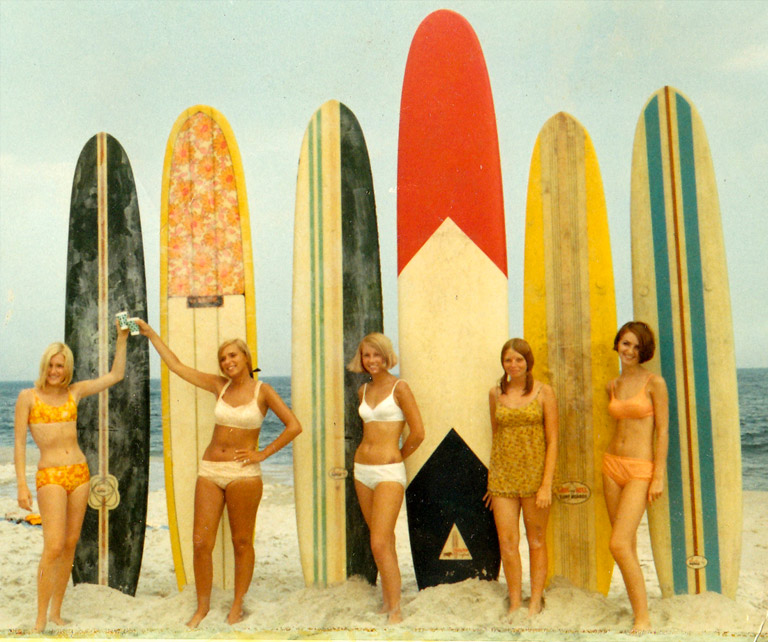 In such a varied group each of us is a sloop to our own. Sometimes we need to enter back into our home ports, our worlds of reality. But there is one singular bond, a glue that unites kiters and keeps the kitesurfing culture alive. When that next kitesurfing adventure calls, when that next global destination is called upon, that sloop leaves its berth to reunite with the global fleet of riders and the interconnected spark of passion is ignited again.

Wherever the kitesurfing fleet berths cultures are shared, learned and unlearned, made and unmade.  And through this process that a Kitesurfing Revolution can be born. 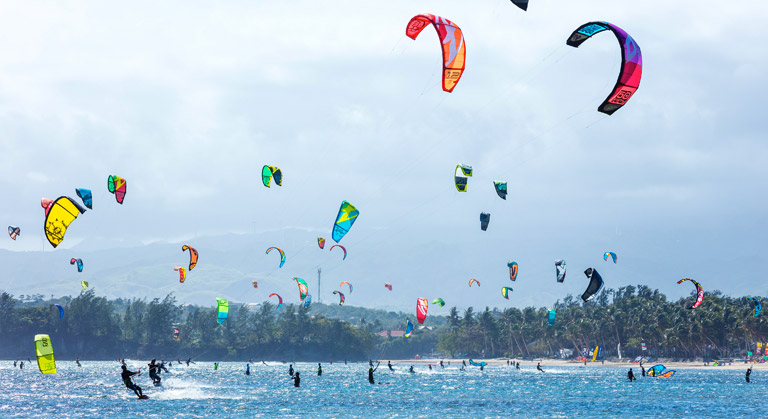